Maybe I liked to believe what he believed. That was one way of latching on to him.


When the breeze seemed to be in full swing and we could smell the salt in the air, he would hold me from behind and ask me to stay still. No exaggeration, but I could have stood like that forever. Yet at other times, on his porch, we would talk about the stars and the land far away where the ships sailed and we would promise each other that we would go to the distant lands together.

I knew that one day, this boy sitting right in front of me, these waves kissing my ankles, the air with mist and salt and everything else, everything will become a history. We had our spots on his porch. They turned a shade darker and when I told him that, a tiny smile would dance on his lips.

He was an excellent cook, one who could guess what my taste buds wanted to relish. I have eaten better steaks before but nonone has taken the pains to make them especially for me. Most of the times he would be in his denims, bare foot. And I wish now that I had told him how sexy I felt seeing him that way. In bed, he was a tiger.

But that was not something I would like to remember forever. Rather I cannot forget how he explored my skin, searching and kissing every mole and every scar. It was as if he was purifying me from top to bottom. Later he would give me a bath, brush my hair and tuck me in bed. For once in all those years, he never said he loved me. I wonder if he still recollects my moles and scars or our promises the way I remember his eyes. Sometimes I feel I should have told him what made me change my mind about him and why I left him in the middle of nowhere.

I should have looked him in the eyes one last time, drink from it and tell him that I would love him forever. She thinks, I have lost my mind.

However now they were all bored and among the three eldest a certain amount of anxiety about what was going to happen to them when they reached the orphanage was beginning to set in. Father Gregory wasn't helping, he clearly disliked accompanying them and had started the journey in pursed lipped silence, but as the day wore on had become increasingly irritated at the antics of the children, in particular the boisterous twins, and had taken to using informing the nuns of their bad behaviour as a threat.

Soon the countryside disappeared altogether and there was nothing to be seen but buildings on either side of the train. It was late afternoon and the cloudy sky had already started to darken by the time the train pulled into the Parnell central station for its final stop. Each of the children had a small bag containing a few clothes and personal items which they carried as Father Gregory led them through the crowded streets, stopping every so often to ask passers by for directions.

They were fascinated by their surroundings, with the exception of the priest none of them had ever been further than the next village before, and the sheer number of people and buildings all pressed together interested and scared them in equal measures. They all turned to stare as a mottled green figure in russet robes strolled along the opposite side to them.

The lizard people had been infrequent and not particularly welcome visitors to their part of the world, and even Jack had had only seen three in his lifetime. The small group had come to a halt as they stared in wonder at the unfamiliar creature. The female visk turned and regarded them with her pure black eyes for a moment, then shook her head and carried on. After another twenty minutes of walking, during which they lost one of the twins and had to double back, only to find him staring into a shop window enraptured by a display of hunting knives, they finally reached their destination.

The children all stared at the sight before them. High grey stone walls surrounded a group of buildings in the same stone which were visible through large black wrought iron gates with a spiked top and the words "Bryce Orphanage" spelled out in two foot high iron letters. Father Gregory pulled on a chain set into the wall at the side of the gates and after a few moments it was answered by a nun dressed all in black, her hair tightly covered by a wimple which gave the impression that her pale, wrinkled face was floating in a black void. She greeted the priest, he explained who they were then she opened a wicket gate set into the larger gates and led the party across the cobbled yard that contained a single, leafless tree.

There was not a one bright thing in sight, it was all shades of black and grey and it seemed to Jack that with every step he took the colour was draining out of his world. Jane had watched silently, half hidden behind Jack as the youngest three boys were led off, all of them protesting, to what the nun who had met them at the gates called the "junior's building". The walls were painted a sickly brown colour, with the paint peeling badly in places, and floor was covered in worn brown linoleum.

She nodded to him, narrowing her eyes critically as she cast them over the three remaining children. It felt to Jane as if the woman's gaze carried a cold breeze with it, and she rubbed her arms as goose bumps formed under her sweater.

The nun had a face so devoid of flesh that it was almost a skull, her cheeks were hollow, her eyebrows sparse and grey and she had deep set muddy brown eyes with yellowish whites. Her mouth was a wide, flat lipless line set above an angular chin and it was filled with large horse like teeth. She looked to be in her fifties, but it was hard to be sure with everything but her face covered. It is also a mass, curled loosely by nature, and bounces with every stride taken. She would be what Claudia could have been, had she been allowed to age.

What with her Rapunzel-hair, white-lashed and wide eyes, button nose and full lips, she is the goddess in all those classic, oil paintings. Between these two ladies so diametrical of face and mind, is the bond that ties them. 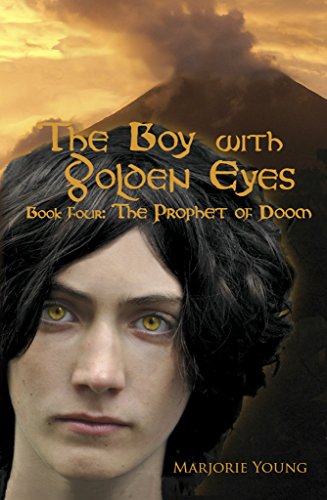 His cheeks are round and red from so much blood—same as his rounded limbs and belly. He is dressed like a small gentlemen, is the ideal, well-behaved son all ladies wish their sons to be.